What is THC-O (THC-O Acetate)? | PotGuide.com

There’s a new cannabinoid stirring up the market, and the conversation about the limits (or lack thereof) of hemp derivatives.

THC-O, THC-O acetate, and ATHC are all names for this new compound which is said to be up to three times stronger than traditional delta-9 THC, with a dangerous delay of effects — up to a half hour when inhaled. And because it is derived from legal hemp, THC-O is currently considered legal in most of the places that CBD is.

In this article, we detail this new synthetic cannabinoid, it’s effect, legality, and potential effect on the emerging cannabinoid market.

THC-O is not a naturally occurring cannabinoid like CBD, CBG, THCV, and others. Rather, it is  synthesized using other chemicals. The process begins with CBD, which is converted into delta-8 THC. Acetic anhydride is then added to the delta-8 THC, producing THC-O. The color of the resulting concentrate is darker than other cannabis extracts, often compared to motor oil. 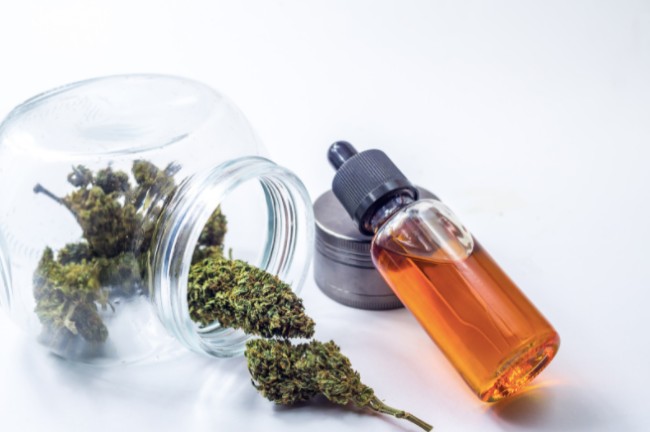 Unlike CBD and THC, THC-O is synthentically produced. photo credit

The effects of THC-O are similar to the THC we’re more familiar with — reducing anxiety, stimulating appetite, relieving pain and inflammation, etc. The catch is that THC-O is alleged to be up to three times stronger than THC. That’s a 300% increase in potency. For this reason, some argue its merit as an extra-strength medicine, but THC-O isn’t only being sold in licensed dispensaries.

As a derivative of CBD, THC-O may technically be legal anywhere CBD is legal, though that may not remain true for long. Critics of THC-O argue it is a designer drug — a chemical compound analogous to an illegal drug, and therefore subject to restriction under the 1986 Federal Analogue Act. The act allows for any drug “structurally similar” to a scheduled drug to be treated (and banned) as such.

Last year, delta-8 THC made a similar splash in the legal marketplace. As CBD flooded the market, prices plummeted, and, searching for a new way to extract value from all that hemp, producers began converting their CBD supply into delta-8 THC. 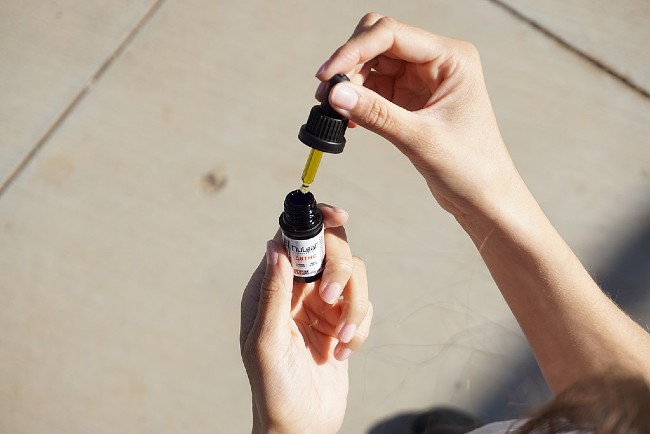 Essentially a mild form of traditional delta-9 THC, delta-8 exposed a legal loophole through which psychotropic derivatives of hemp could be sold legally under the 2018 Farm Bill, regardless of local laws regulating marijuana (unless the state itself bans the substances specifically).

THC-O exploits this same loophole. However, some states are passing legislation to regulate or ban the availability of these psychotropic derivatives (18 states and counting), and THC-O is expected to attract similar attention from lawmakers. Many of the bans that states (such as Colorado) have placed on Delta-8 THC make other similar synthesized cannabinoids illegal as well.

The FDA recently chimed in on the progressing situation with a post about the health risks of Delta-8, and Delta-8 has since landed in the DEA’s “orange book” as a flagged substance — not illegal, but on their radar. With synthetic cannabinoids on the federal radar, more legislative action is likely to follow.

Should You Try THC-O?

The process of synthesizing THC-O is inherently dangerous because it involves specialized machinery and highly flammable chemicals. Acetic anhydride is a toxic, corrosive chemical that can burn skin, and breathing it can irritate the nose, mouth, and lungs.

In an interview with HempGrower, longtime cannabis researcher Ethan Russo issued a clear message to curious consumers: “Don’t go there.” These dangerous new derivatives, particularly synthetics, Russo argues, are only the inevitable result of a public demand for cannabis in places it is still not legal. “I see [it] as a byproduct of prohibition,” Russo says. “If there were legalization of cannabis products with appropriate regulation, I don’t think any of this would be happening.”

THC-O, or THC-O acetate, is a synthetic cannabinoid derived from CBD, and therefore may be technically legal under the 2018 Farm Bill. THC-O is said to be three times stronger than delta-9 THC, but the process to make it involves cutting the cannabinoid with toxic acetic anhydride, which is highly corrosive, flammable in liquid and vapor form, and irritates the skin, nose, mouth, and lungs.

A cursory Google search will turn up several online retailers offering THC-O, usually in vape cartridges, but the legality of these products is already under scrutiny. A similar derivative, delta-8 THC, became popular last year for similar reasons: it is a psychotropic cannabinoid derived from legal hemp, and therefore able to be sold in some places where marijuana is still prohibited. But these derivatives designed to skirt legality are unregulated, often far less pure than the marijana consumers are actually looking for, and may carry more health problems than health solutions.

Have you tried THC-O? Let us know your thoughts in the comments below!

DOES CBD REALLY DO ANYTHING? Real Doctor Explains Everything You Need Know About Cannabidiol CBD Oil