If you’re looking to up your high game, there is a simple way to do that at home. In fact, you need look no further than the base of your grinder. If you haven’t heard of it yet, keep this word in mind; kief. Categorized as a concentrate because of its potency, kief contains around 50 percent more cannabinoids and terpenes than the strains in your regular rotation, and is frequently used to produce dabs, hashish, and other concentrates.

That’s because kief is the collection of the resinous trichomes where powerful cannabinoids like THC and CBD and aromatic terpenes such as myrcene and pinene reside.

There are several ways to get kief from your flower that don’t require a lot of elbow grease or equipment. In no particular order, here are the five best methods for collecting kief.

A Grinder with a Kief Catcher

This is by far the easiest and most popular way to catch kief. By using a grinder with a kief catcher or screen bottom chamber, the powdery byproduct of your regular grind will collect in the bottom of the chamber. 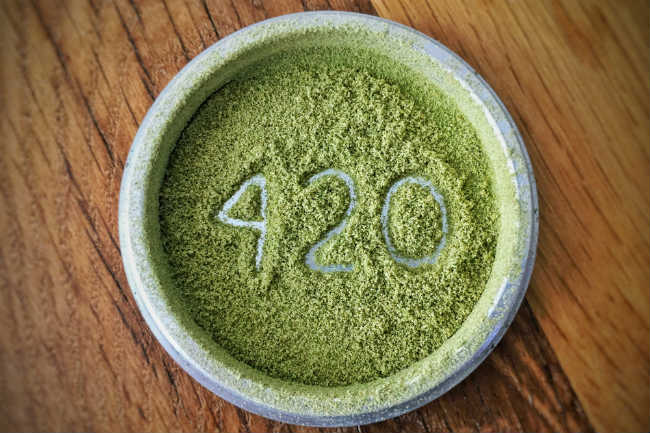 Example of a kief catcher chamber of a four-piece grinder.

You could potentially catch even more kief by using the “coin trick.” Just put a coin (ridgeless coins work best) in the middle chamber of your grinder to help knock trichomes off the flower and push them to the bottom. Pro-tip: make sure to wash the coin beforehand to avoid contaminants.

Though using a pollen box is not quite as convenient as collecting kief in your grinder, they still work well for small batches. This method is easy as pie. Just put some buds in the top and shake it up. The trichomes will sift through the filter and into the bottom tray. Now, the kief is contained in one box, and you don’t have to grind your weed to get some concentrated kief out of the process.

For medium or larger batches, a silk screen is the way to go. Unless you have one handy, you’ll need to head to your local art shop or head shop for a silk screen, and go for a screen that is between 80 and 270 lines per inch. You’ll also need to have a basin or other container to catch the kief underneath the screen. 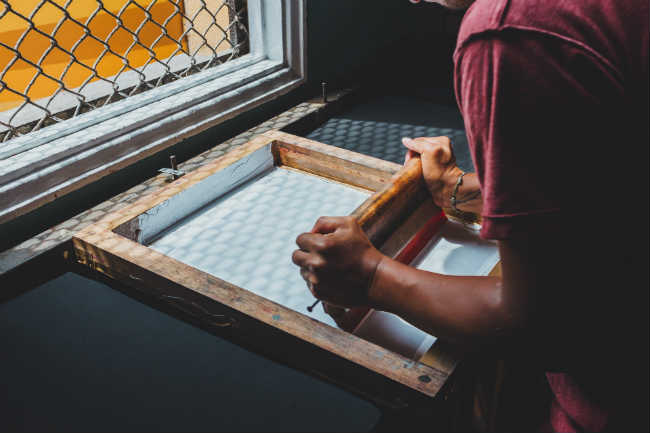 Believe it or not, silk screens can be a great tool for collecting kief. photo credit

To get kief through a silk screen, place your cannabis on top of the screen and gently use something small like an old gift card or credit card. Work slowly and carefully, and remember to pick out any jagged pieces that might tear the screen.

If you’re interested in making a larger batch and don’t mind a little at-home DIY, try using a hashish drum to collect kief.

All you need to make a hashish drum is a silkscreen, a drum basin (like a plastic bucket) and a plastic tarp or other similar material to act as a cover.. Stretch the screen over the drum, then cover with bud or trim. Next, secure a trap over the top with a large rubber band or rope so that the plant matter is between the screen and tarp.

Here’s the fun part. Beat the drum basin with sticks, which will make the kief fall through the silk screen and collect in the bucket below. This method, though a bit more labor intensive, has been in practice for hundreds if not thousands of years.

One thing to keep in mind for collecting kief is that trichomes are oily and sensitive to heat. The more you work in a warm room or handle buds with your warm hands, the more trichomes you’re going to lose. A good way to avoid this is to keep any tools you use and your cannabis cool, which leads us to…

THC and other cannabinoids are not water-soluble, meaning they won’t dissolve in water. When trichomes are frozen, they become brittle and separate easier, which in turn makes them easier to collect. This can be achieved by using your home freezer to chill the buds enough that they can be shaken off in a jar or other closed container. 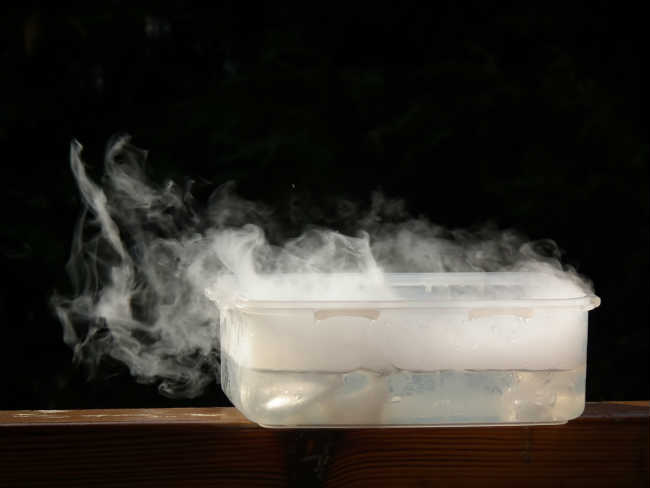 Since THC is not water soluble, dry ice can be used to cool bud so that the trichomes can break off with ease. photo credit

If you’re feeling very ambitious, you could also submerge cannabis plant matter in a bubble bag, a kind of sieve sleeve used for making bubble hash. Simply put the plant matter in the middle of the bag and stir in an ice bath, which pushes bud against the screen, with the resulting kief collected underneath.

If high potency and purity is what you’re after, the bubble bag method is the way to go since you can use finer and finer screens to get to the head of the trichome, where the majority of the powerful cannabinoids and terpenes reside.

Conclusion on the Best Kief Collection

Kief is among the oldest cannabis preparations in the world, but it’s relative ease of production and lack of solvents keeps it just as popular in modern times. If you’ve ever been curious about collecting kief and incorporating it into your cannabis consumption, give some of these methods a try!

Kief is the end product of separating trichomes from the marijuana plant. Also referred to as dry sieve hash because of the kind of screen used to facilitate the extraction.

Kief holds the most amount of cannabinoids, making it very potent.

How can I use my kief?

Your collected kief can be used to increase the potency of your weed by topping your bowls, adding it to your joints, making rosin, or adding it to your smoothies, soups, or a cannabis-infused sweet or savory.

Do I need specialized equipment to collect kief?

Nope! You probably already have the basic materials at home to catch kief, including a grinder,  jar, freezer, ice, and water.

What is your favorite way to collect kief? Share in the comments!