There is a debate across message boards and smoking circles regarding what the color of ash means about the quality of the bud. The argument suggests that if the bud has been properly flushed or cured, it should burn to a near-white ash. Darker ash is said to be stained by chemicals or residue from excess nutrients, which indicate the bud is less pure, and more harmful to smoke. Or at best, the bud is an inferior product that could have been better if the grower had done something different.

Here we examine the points of the debate, where the debate itself may have originated, and what ash color actually says about the caliber of cannabis.

Proponents of the “white ash” debate claim that clean, white ash is the result of “flushing” the cannabis before it is harvested.

Flushing is a practice at the end of the growing process, when the plants are fed only clean water for the last week or two of their lives. In hydroponic systems, water is frequently infused with concentrated nutrient solutions or salts which collect or crust around root systems, and in soil, nutrients can remain in the soil, affecting PH. 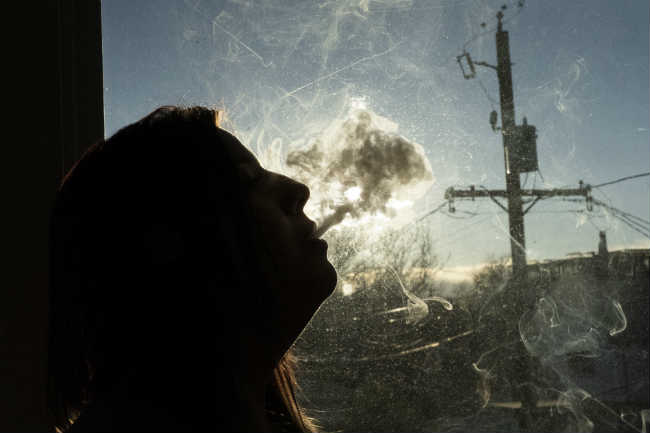 Many people believe that a proper flush has a large influence on smoke quality.

In both soil and hydroponic systems, excess collection of minerals can lead to nutrient lockout, and nutrient burn. Symptoms for these conditions are obvious, resulting in curled or yellowing leaves. But nutrients and other chemicals can still collect in smaller amounts that don’t become apparent until your first puff.

Buds that crackle when smoked may be indicative of excess nutrients built up in the plant matter, or residual moisture from a sub-par curing process. Cultivation expert Jorge Cervantes has argued in The Cannabist about the importance of flushing — albeit for the sake of flavor. Cervantes says nothing about the color of ash.

Conversely, Kerrie and Kurt Badertscher, authors of “Cannabis for Capitalists,” penned an op-ed in the Cannabis Business Times arguing against the practice of flushing.

“A five- to 10-day flush represents as much as 12.5 percent of the plant’s flower time. Plants do not add mass in the absence of nutrients, so the loss of yield at the height of the plant’s ability to produce flower makes this flavor-enhancement technique an expensive one.”

Deciding not to feed your plant for the last two weeks of its life will inevitably reduce your yield, but there is still no evidence it affects ash color.

Other adherents to the ash theory argue that the magic is in the curing.

Curing, in simple terms, is the process by which food or plant matter is preserved or prepared for long-term storage. With food, this is traditionally done with salt or smoke to control moisture content. The same principle applies to cannabis.

Harvested plants are hung or laid out to dry for 1-2 weeks, but once the majority of the moisture is gone, the buds are collected into a container (usually a jar for home growers) for as long as six weeks. 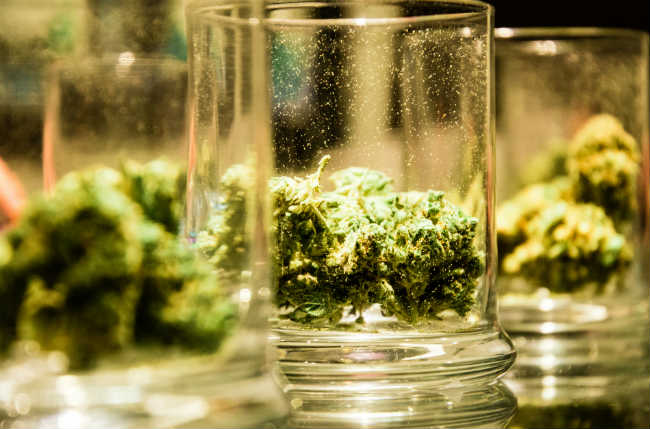 While curing plays a big role in the quality of cannabis, it is unsure if it actually affects ash color.

During this curing process, the remaining moisture is locked in, and the resulting gases are released at regular, infrequent intervals.

This is a patient process that allows bacteria to consume residual compounds which would otherwise harm the final flavor. This controlled buffet also consumes the starches and sugars that mold might establish in. Growers unanimously agree that curing is a critical step in cultivation, and has a profound effect on flavor and smoothness, but there is no scientific consensus that it affects ash color.

Where Does the Ash Color Debate Come From?

This standard for fine ash, and the monochromatic scale it’s held to, probably crossed over from cigar culture. The Cigar Association of America has even addressed the matter on their own site, suggesting that ash color is indicative of nutrient levels in the soil the tobacco was grown in (a lighter grey still being ideal).

The alleged origin of this concept is that after the US embargo against Cuba in 1962, counterfeit Cuban cigars began to appear in the market. The fake imports, so the story goes, could be distinguished by their darker ash. Tobacco grown in rich, Cuban soil was expected to turn white.

If this is true, then it may be an argument against flushing. If the nutrient-rich soil is responsible for the white ash of Cuban cigars, then flushing that soil would be detrimental to the tobacco.

Commercial cannabis cultivation is heavily regulated and closely monitored for purity and quality. While it’s true that an organic home operation can produce better bud than the dispensary (the same way your garden tomatoes are probably fresher than Safeway’s) the color of ash from store-bought weed is unlikely to tell you anything definitive about the quality of the cannabis.

We wouldn’t count on using the color of your ash to determine the quality of your weed. photo credit

Ash color certainly won’t tell you anything your senses of taste and smell don’t already alert you to. Flower that has been poorly fed or improperly cured also tends to taste bitter or unripe, and will be unpleasant to smoke.

What does ash color say about my weed?

Probably nothing. Cannabis sold through dispensaries is subject to rigorous examination and regulatory standards. These measurements are a more reliable indicator of quality than ash color.

Probably not. There is no consistent or reliable evidence that suggests flushing cannabis plants before harvest will affect ash color.

Probably not, though curing is a critical step to control the moisture content of your final product, as well as preserving it against mold and decomposition over time.

What is the difference between curing and drying cannabis?

Drying takes place immediately after harvest and eliminates most water content from the plant. Curing takes place after drying, and consists of a more controlled release of the last amount of moisture.

Where does the ash color debate come from?

Gauging plant quality by ash color is more common among cigar smokers. After the trade embargo against Cuba, many believed that white ash was indicative of authentic Cuban cigars (as opposed to counterfeits).

Does ash color mean anything to you? Let the debate continue in the comments!